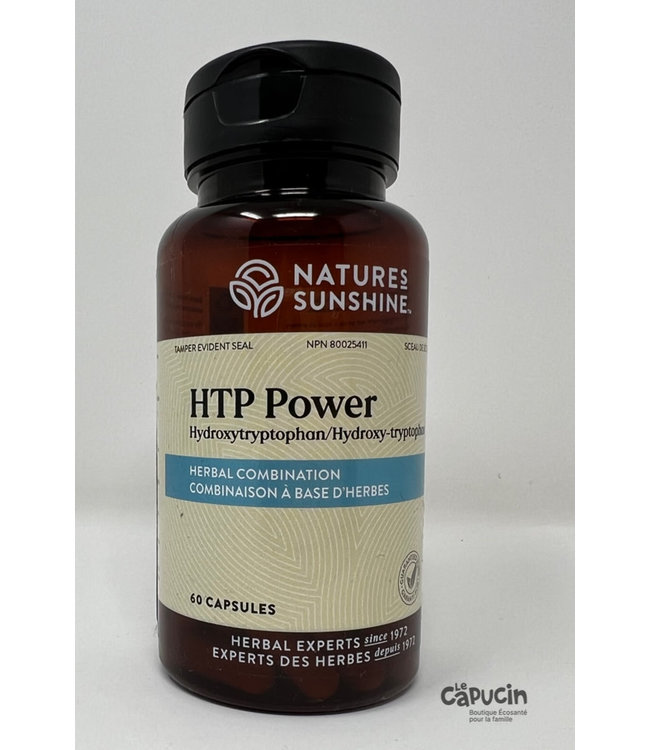 Promotes the production of serotonin

HTP stands for hydroxytryptophan, described as the natural serotonin precursor.Serotonin is the brain’s “feel-good” hormone, involved in regulating mood, appetite and sleep. Serotonin is a precursor to melatonin, the hormone that regulates sleep-wake cycles.

Adults: Take 4 capsules once per day with food, approximately 45 minutes before bedtime.  Take a few hours before or after taking other medications.

Promotes the production of serotonin